YES! Finally something different! A breath of fresh air is found in Stan Smith, a newly discovered rap artist from Atlanta USA.

His dangerously funky debut album 'The Get Up Movement' combines flawless rhyme schemes with state of the art beat architecture delivered by Daz-I-Kue (Bugz In The Attic), Rahgroove, SoulParlor and Yellowtail. Power-packed with uptempo b-boy and party anthems calling you to get up and move, 'The Get Up Movement' also reflects on the current state of media, society, the working class, the occupy movement etc-- life, man.

Formed at Daz-I-Kue's Atlanta recording studio over the course of the last three years, this MC’s approach to each selection is a treat, leaving the listener anticipating the next.

It's not for everybody but it’s definitely for you. ‘The Get Up Movement’ is finally a movement that feels real. Shut up and do it! NOW! Customers buying the album via the TDR shop now even receive Daz-I-Kue's instrumentals as free bonus...

STAN SMITH – THE GET UP MOVEMENT

Stan Smith
What It Is 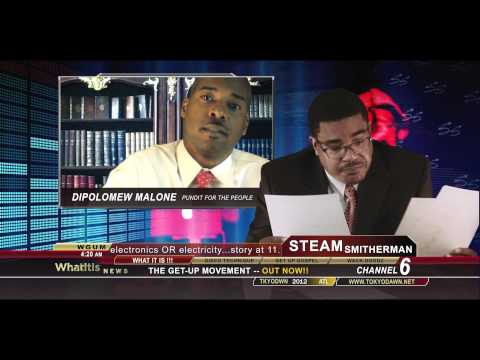 Impressario of the broken beat scene, co-founder of Bugz In The Attic & co-producer of LyricL's and Stan Smith's latest albums.

Born in Japan, now based in Brooklyn, YT has a consistent flow of quality releases worldwide besides running Bagpak Music.

Atlanta-based wordsmith extraordinaire calling you to get up and move with his new TDR album produced by Daz-I-Kue.