With parents that played music loud to him as he went off to sleep as a baby (so he wouldn’t be woken when they had parties) you could say his musical education started young. His guitarist father played in folk clubs alongside legends like the late John Martyn and brought him up on a wide-ranging musical diet from Steely Dan to Billy Cobham.

Starting out aged 3 with chopsticks and plastic topped tubs for drums Jesse swiftly moved up to a miniature drum kit aged seven, learnt how to play his Dad’s guitar and self-taught himself piano – by his early teens he was a multi-instrumentalist. Then armed with a Tascam 4-track tape recorder, a classic Juno-60 and a TR909 (bought in a classified ad for £75) – the world of “overdubbing” had been discovered.

He grew up through the original phase of electro and hip hop and would regularly spend Saturday afternoons in Canterbury, Kent “popping and breaking” to Streetsounds “Electro” albums with school best-friend – legendary soul star Omar. Having become obsessed with “the recording process” he made sure his week of school “work experience” was spent at a local recording studio and saved enough pocket money to record his first demo there with a Linndrum and Juno 106. At a later date he did a recording course at Goldsmiths College, London.

Having crafted his art the next decade went on to see him release numerous recordings under various project names from Ultravibe to Stratospheric for labels such as Universal, Om Records, Hed Kandi, Shanachie, Internal Bass and more. He has also had music used in various TV shows like ‘Bones’ and ‘Grand Prix’.

Due to that broad musical diet Jesse has never been content with sticking strongly to just one musical genre and whenever he gets the itch he’ll jump from soul to electronica to house to Brazilian to jazz to folk and beyond … “If it’s deep, if it’s quality – I’ll likely be into it. DJ sets and personal listening vary a great deal but generally I always fall back to some form of deep soul and a jazz chord.”

Although working on numerous projects, Positive Flow has become Jesse’s main vehicle and has won critical acclaim and rotation from all the heavy-hitters like Gilles Peterson, Michael Rütten, Rainer Trüby, MCDE, Laurent Garnier and more.

From the soul-laden future club classic “Do What I Do” through the brokenbeat Azymuth tinged “Orange & Brown” out to the epic deep spiritual offerings of “Universal Truth” – “Flow Lines” is a rich tapestry of organic electronica interwoven with real strings – a hallmark of classic LPs. 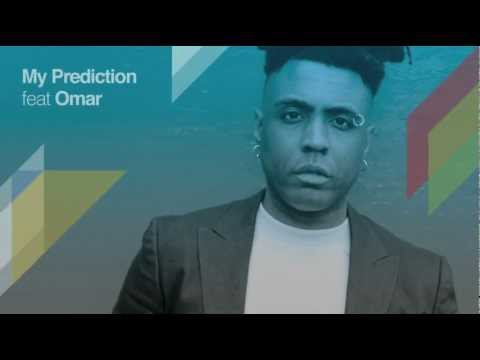