Through the vast reaches of outer space, past the thick cosmic slop and near the rhythmic nebula, we reach the funky planet AMISANA, a world facing similar problems to our own.

From the depths of hyperspace, Still Weavens comes to life from the primordial ooze for his first full length album. Still meditates the will of the cosmos through the power of soul and music. The songs tell the story of holding on to what is important and rising above the sad and the square. Combining West Coast funk with East Coast attitude, AMISANA delivers gravitating waves of guitar and 80's synth soul back to Earth.

Through the will of the funk, Still Weavens teams up with a kaleidoscopic cast of characters. Hip Hop heroes Guilty Simpson and Donwill from Tanya Morgan join forces with underground champions Fresh Daily, Quelle Chris, and up-and-coming squadrons Quincy Vidal and AllNat.

From the jangley strut of Still Gonna Still, to the furious space race of Do It Up, AMISANA brings new light and love to familiar sounds both retro and modern. Stellar instrumental expos and explosive vocal performances from Erik Rico and lunar goddess Tamara Renée make for a funky space opera as vast as the stars. 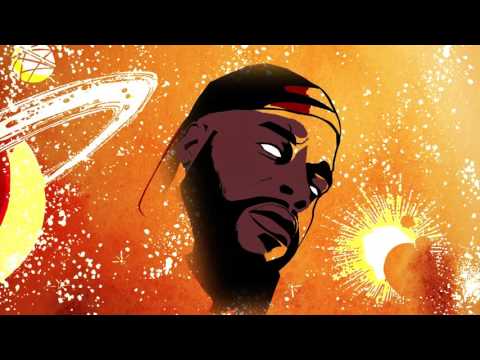 New York beat-head who has teamed up with Guilty Simpson, Tanya Morgan & Erik Rico for his debut album on TDR.

Harlem-bred mystic, conjur woman, alchemist, composer, and vocalist coming from a line of healers and preachers.

Detroit rap king guilty by the court of hip hop, first release with Dilla and Madlib 2003, albums on Stones Throw.

Colorful and jazzy hip hop from Brooklyn marrying east and west coast vibes on the Styles Upon Styles label.