To mark the release of Amalia’s interstellar debut album ‘Art Slave’, we asked the TDR community to remix her sensual album song ‘All The Funk I Need’. One month later more than 60 producers already contributed to the remix contest and we were amazed by the creativity and quality of so many of the productions.

Amalia – All The Funk I Need (Original Version)

To determine the winner of the remix contest, we asked our Facebook followers to choose their favourite remix and it was the eerie downbeat version of Italian turntable producer B. Kun which received the most votes by our listeners.

As winner of the remix contest he receives a money prize and will be highlighted on the next TDR compilation besides artists such as Colonel Red, Rachel Claudio, Marc Mac, Erik Rico and Diana Krall. Carlos and Blessy who came in second and third will both receive premium ‘light’ accounts at Soundcloud.


A huge thank you to everyone who took part in the remix action once again! 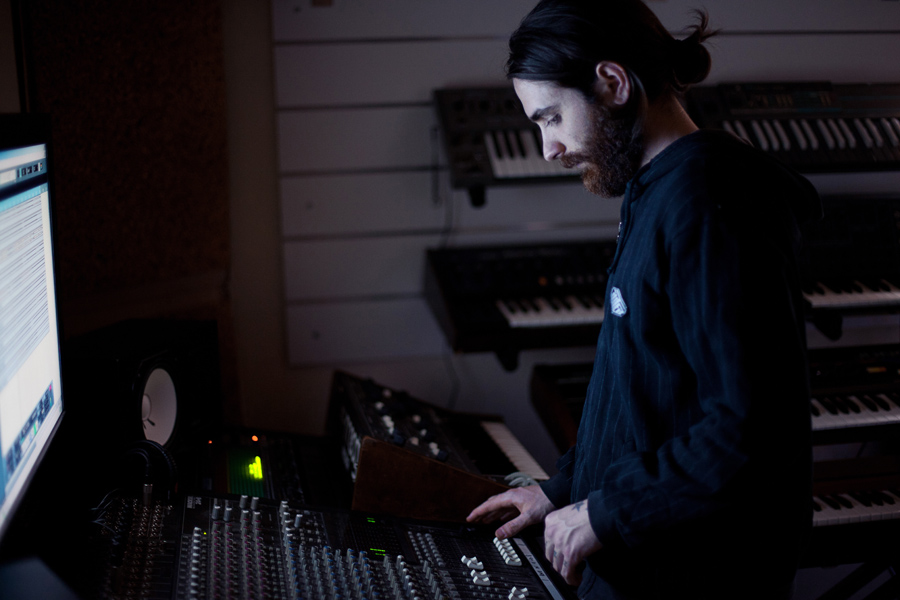 Hey B. Kun, congratulations first of all! Could you please give our listeners a quick introduction to yourself for starters?

Hi, my name is Fabrizio Pollice a.k.a. B.Kun, I'm a turntablist/producer from Italy. son of musicians, I started playing musical instruments when I was 5 years old. My musical approach has always been very instinctive; I play all kinds of intruments I've had around in my parents house, concentrating a lot on drums and bass guitar, until I discovered and chose the turntable as my principal instrument (it was the only one that could put all instruments I played before in one "box";). With my love for electronic music since I'm 20 years old, I started working in recording studios and music conventions as presenter for native instruments (traktor scratch) , apple (logic) and digidesign (protools). In 2008 I competed at various scratch competitions like the "gain skills" and "dmc killa combat scratch" arriving second in each of them. In 2009, in team with Drugo (scratchbusters) We won the "IDA italy show category" which brought us to compete in Krakow at the "IDA world dj Championships" winning the title of ida showcategory world champions, bringing Italy for the first time on the highest place on the podium.

Please give us a brief overview of your music style, influences and where you currently are with your music?

My music is very spontanious, varies from trip hop to hip hop, passing through some funk and jazz. My taste can vary depending on how I wake up on the morning, from Massive Attack to some MF Doom rap or Aesop Rock, arriving to BT Express and 2 seconds later beeing sampling some music from Miles D.!!! I don't give myself rules, I just switch on and do what passes through my mind. Plug in the mic's and record some drums, I take the bass guitar, synth and so on. God bless multi track recording!!! Currently I'm working with a band (sound inc.) I take care of the whole electronic and turntablist part. Our music varies a bit between hip hop and funk/jazz. You can check out a promo video with the song called "color fresh" which anticipates our debut album, coming late 2011, stay tuned!!!

How did you find out about the Amalia Remix Contest and why did you decide to take part in it?

Cristain "vinilifcio" Adamo passed me the link. He's a good friend of mine. I listened to the track and I liked it immediately, the atmospheres pefectly matched to my feelings that day, so I decided to do this!

What piece of advice could you give other remixers in general?

I prefer not giving any specific instructions or suggestions, since everybody has it's own composition and mixing methods. Let's just say that it's important to follow the atmosphere of the vocal and transform it into music... a track works if the various elements follow the same "story" also if the two things are totally differenet. In my opinion all the elements have to go in the same direction.

To conlude I'd like to say that it's always good to listen to ourselves and beeing in total harmony with our music. Greetings to the TDR staff and all label followers! TDR throws you head first into the deep end of Amalia's growth as an artist. Time shifting back and forth, tumbling towards funk ecstasy, a soulful quest to find her true-self through lost releases and cosmic connections.